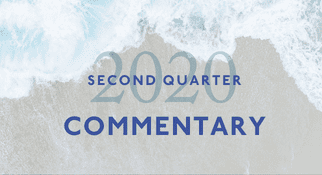 The system is being pushed to new extremes. In addition to the economic and health crises, the country is facing increasing political and social polarization. The cumulative events of 2020 has placed an enormous amount of strain on our democracy, and at times, our experiences today seem to resemble the many challenges we faced as a nation during the 1960s counterculture era. Media narratives from both the left and right produce sensationalized coverage on every story. Socially, we are re-testing the moral fabric of the country, and bringing to light the good, the bad and the ugly. Discrimination, biases, and decision making in various social and judicial constructs are being re-examined, as they should be, to create a more just environment for all. Economically, we have never seen such crushing blows to our workforce, and economy in nearly a century. The incoming data has truly been breathtaking. The whole system is being re-examined by governments, corporations, and consumers. Every major corporate management team around the globe is re-evaluating office capacity and utilization. Workers are re-thinking their proximity to their office sites in anticipation of more flexible work mandates rolled out by their management teams, which in turn can alter property values in dense city centers. Property owners are probably thinking about how to re-purpose existing properties that remain vacant in their current state. Pockets of glut across our supply chains, corporate structures, consumption patterns and preferences are all in for a big change. A vaccine may very well appear sometime next year, but it is hard to imagine a world where we go back to pre-COVID behaviors. Let’s see how markets interpreted all of this action in the second quarter.